Kingsbury County was created February 2, 1880. The County was named after George W. and T.A. Kingsbury, brothers who were both prominent in territorial affairs. De Smet was chosen as the Kingsbury County seat on November 2, 1880. On May 30, 1882, Mr. and Mrs. Albert Keep presented the site for the courthouse.

The east wing or everything east of the courthouse drivethru was built in 1898. The courthouse budget was not to exceed $4,000; meanwhile, many of the Kingsbury County government agencies were housed in other De Smet buildings. M.E. Bush was awarded a contract to build the west wing of the courthouse in January 1898. Mr. Bush had a budget of $14,800 ($44.00 was added for use of Springfield brick n the building’s interior and $225 was added to bring the east building’s roof to the height of the west building’s roof). Flowers and trees were planted and curved walkways were added to the grounds. The courthouse was finished January 1899. By January 17th, the courthouse was fully functioning with new furniture in the offices.

In April 1981, Rysavy Hartman Associates began a phased restoration/renovation of the courthouse. New “old style” doors and door frames were placed in both parts of the building. Wood moldings and trim have been duplicated throughout the facility to maintain historic significance. The Kingsbury County Courthouse is also listed on the Federal Historical Register. 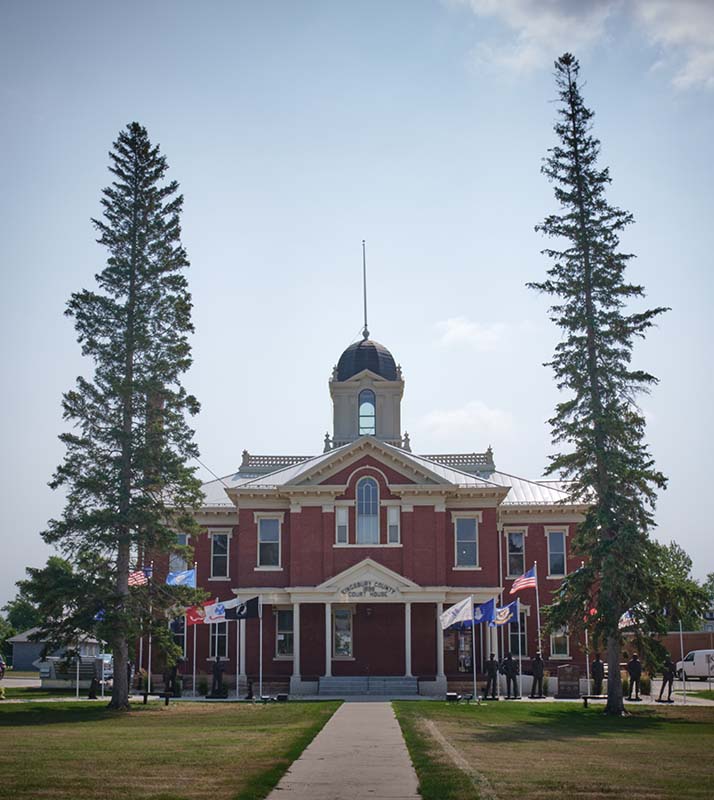 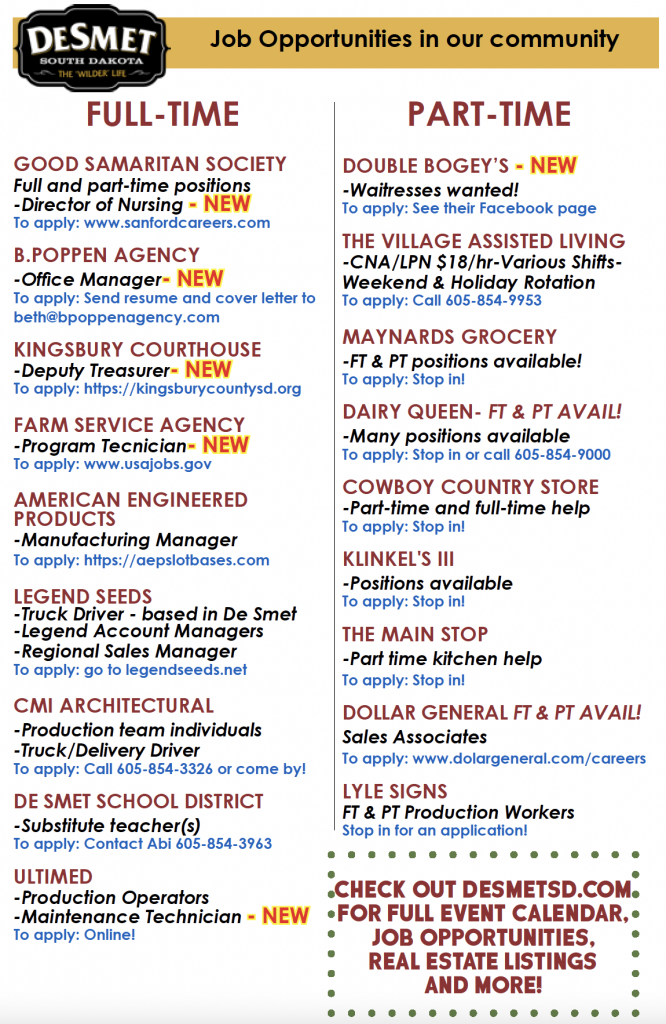